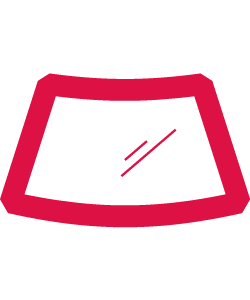 Although not all glass is clear, much of it is. And here's one other thing that is clear: the fact that glass plays many important roles in our day-to-day lives. If you have poor vision, you may put on glasses with glass lenses in order to see better. Chances are, you have numerous glass windows in your home in order to let in light. Glass mirrors let you see your reflection and check your appearance, and glass dinnerware is enjoyable to eat off of. Where can you read and learn more about glass? Right here, of course! This blog is here for your education and enjoyment.

3 Different Types Of Shower Doors You Should Consider

A hinged shower door works exactly like the regular doors around your house; only that shower doors are mainly glass in nature. They're designed with pivot joints to allow them to swing open easily anytime you want to get in or out of the shower. Despite having a conventional design, hinged shower doors are among the most versatile model options you can get in the market today.

Hinged shower doors fit various bathroom styles, including standalone showers and spacious family restrooms, among other bathroom styles. They, however, tend to be a perfect fit for larger bathrooms than the smaller ones. A better way of installing this type of shower door around your shower is using a glass base. This helps to boost the overall appeal of your bathroom area.

This style consists of two to three panels sliding past one another on a track rail situated at the bottom and top of the tub. They take little of your bathroom's space and are among the most cost-effective shower doors you can buy.

A sliding shower door opens or closes when you slide it sideways. It's the most commonly used door for a bathroom with bathtub and shower combination and standalone showers. It's more convenient to use a sliding door than a hinged or swinging door when a bathtub is on the way.